I don't know if there's a 12 step program for Disney addiction, or if I'd even want to participate if there was. But I think it's safe to say hubby and I would both probably qualify. This weekend was a quick little run over for Animal Kingdom and a dip in and out of Epcot. 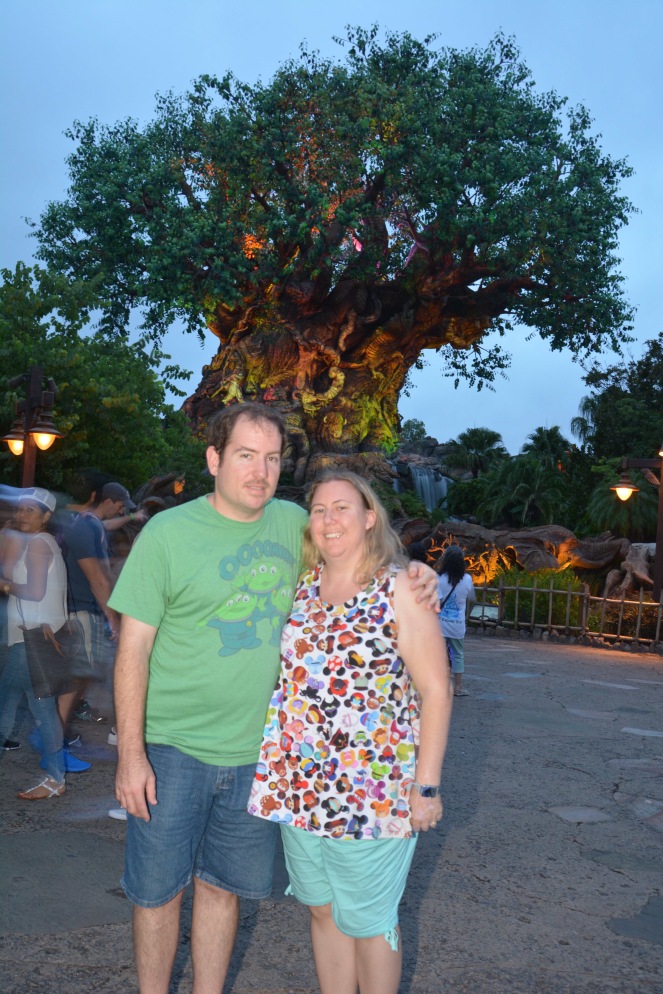 It was a me made kind of weekend, wore my second ever home sewn shirt the first day. And boy let me tell you, as well as I thought I did when I first made this one, I see the beginner mistakes now. The neckband doesn't lie flat, the hem really ripples. But it's comfy, and most people would never notice, so I'm choosing not to sweat the small stuff

We got to explore the new area of the park, Pandora. I was marveling how it wasn't super packed, and when we passed the Flight of Passage queue I realized why… 125 minutes for one ride, there was nobody outside because they were all in line! It's a neat area, and their signature drink is wonderful. And it has boba pearls, which are hard to describe but entirely delightful. 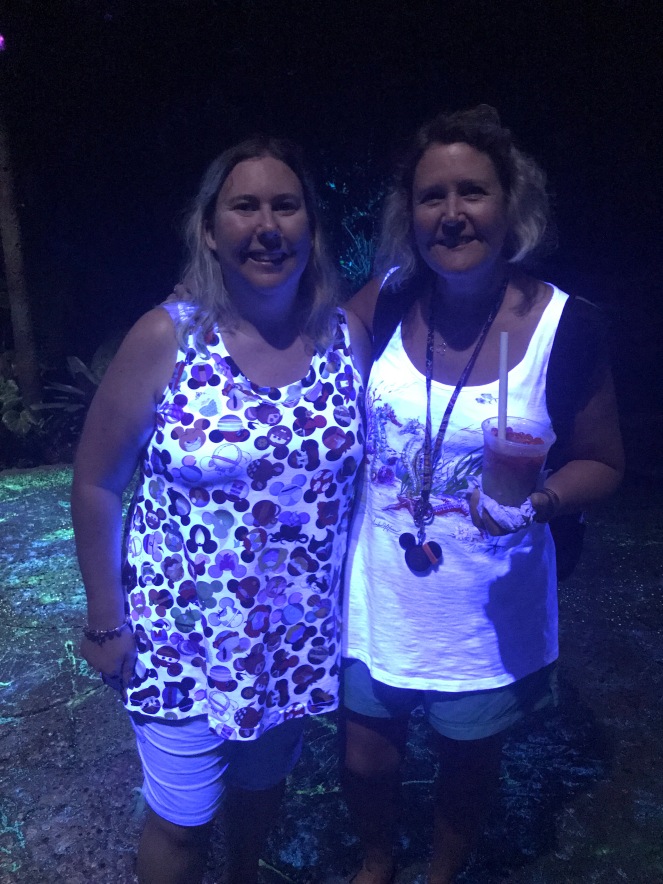 At night they light the whole place with black lights, so if you're wearing white you get to glow. 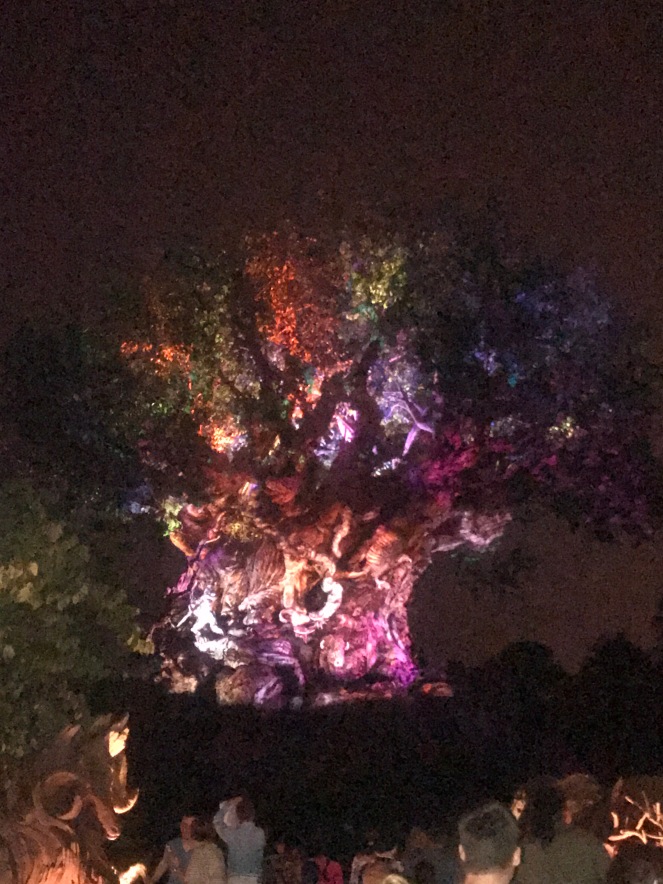 And they light up the tree, super pretty. It's still weird being there at night, I'm so used to the park closing at 6 because of the animals. At least they finally fixed the lighting situation, before the late night hours the lighting was awful when they did the rare evening event. 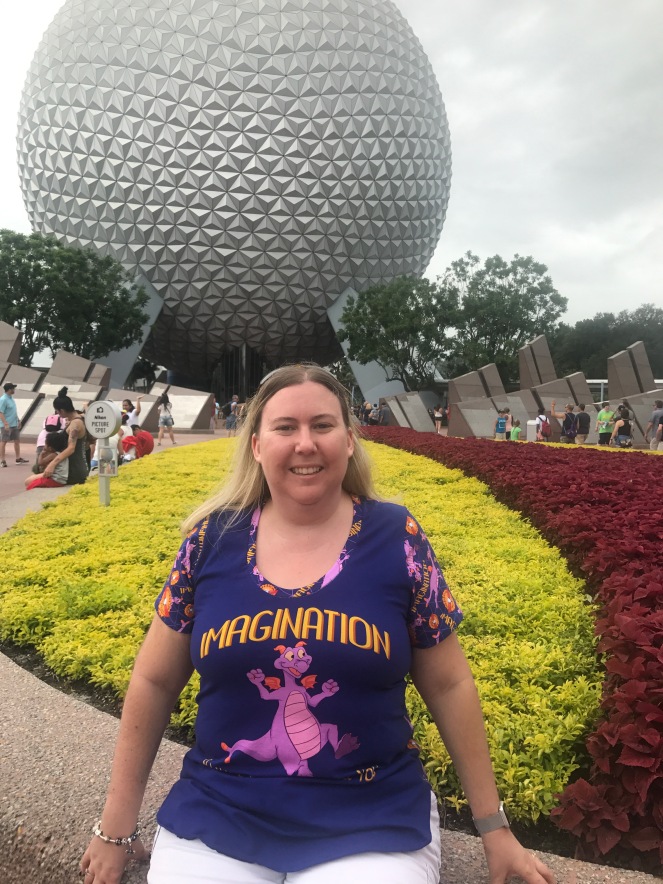 This morning/afternoon was Epcot, so Figment got to go back home. Cast member at the entrance asked me if my shirt was one of the new ones or an old one. Wanted to reply that it's super new (finished it in the nick of time), but managed to keep the smart alec comments to myself.

And this is the home of the great Figment himself. We opted not to ride this time, but figured the least I could do is show the shirt its origins. Was supposed to get a magic shot of me pointing up at the dragon himself, but somehow I got myself holding balloons. Luckily the app lets you edit your photos and had figment stickers, voila magic shot (sort of).