Are pretty much all I have for the long silence. I meant to post before now but I guess life gets in the way. Lest ye think I’ve not been busy, let’s start the roll call of finished works.

First up are the scrunchies I made from a Pinterest post I found. They’re beyond easy and were my #week3 project (which was not my plan, but you gotta do whatcha gotta do).

Up next are the shirts I ironed decals onto. I can’t take credit for the shirts themselves, like I said, low sewing output. But it’ll be fun to go to Disney with matching shirts at some point.

On to the newest discovery, the reverse canvas. You literally take an artists canvas and pull all of the staples out, cut the canvas down and apply the iron on of your choice. This one is by CleanCutCreative on Etsy, the stats are a coworkers little boy. I thought it was a good twofer, I got to practice this fill in technique with the numbers and names, and she’ll get a cute present for his almost first birthday. Anyway, you can paint the frame that had been covered with canvas, if you can choose a new frame. I elected to paint this one with chalk paint. 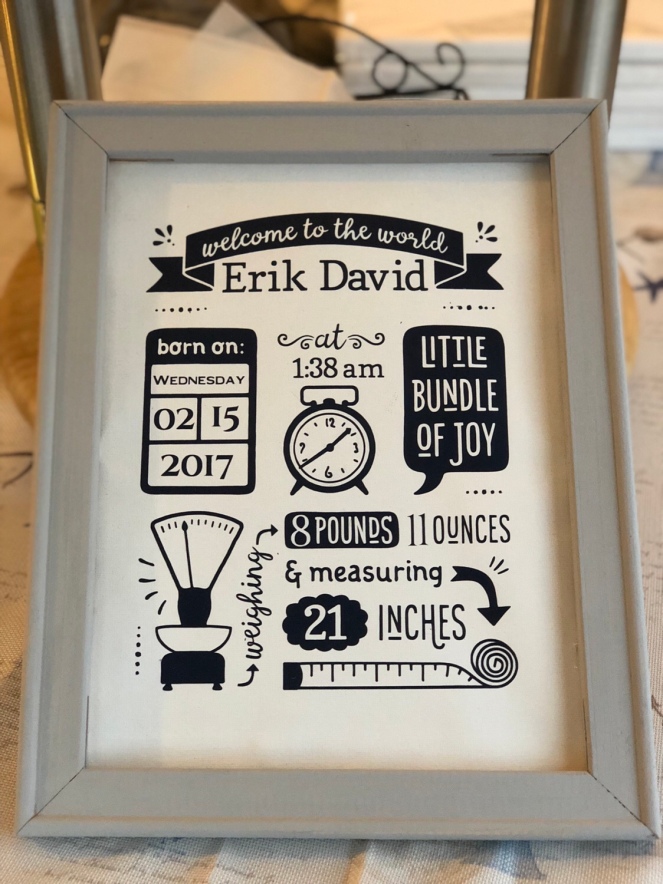 I know she likes gray, so that’s what I went with. I think it turned out pretty good for a first attempt. My husband helped a lot with the wood staples, especially since I cut this canvas a tad smaller than I meant to.

Next was this one, I decided I wanted something for the house and this fit the bill. Of course after I got it cut and ironed hubby said “shame they don’t have Disney ones”. Which sparked the Etsy search for a cute Disney Home saying. Attempts to weed those were horrible and have been abandoned for the time being. I’m probably going to try again with a larger canvas and see if that helps. 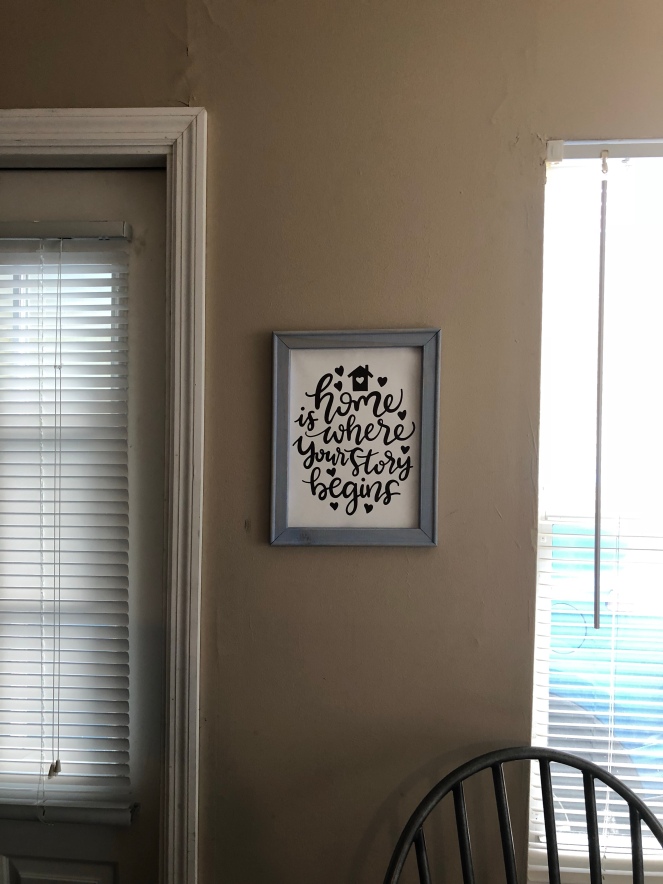 This frame got a new treatment, pickling. I have no idea why it’s called that, but it’s what the paint bottle said so I’m going with it. Seems to be a water based type stain, and it goes so nicely with my kitchen area that I’m trying not to hold a grudge about what an enormous pain it was to accomplish. It really wasn’t that hard, it just took forever to dry, and I was painting it outside at night with poor lighting. I’m choosing to call the look rustic, luckily sanding it down helped further this look.

Next up is a baby stats canvas for the good friends of ours that have recently had a baby. And something red for this weeks sewing challenge. Luckily I bought red fabric for a laundry day tank to coordinate with my mickey boardwalk leggings.

Now I just have to kick my way to my cutting table, un bury my mat and tools and hope my pattern is still around. Wish me luck.