Recently we had the opportunity to buy some outdoor furniture for a great price from a neighbor of my mom. The only catch? The covers of the swings were in pretty pitiful shape. No biggie we all said, I sew, get some outdoor fabric and trace the originals, easy peasy. Except they were so dry rotted that one ripped down the middle just getting it home, the other is in slightly better shape but still tears easily. 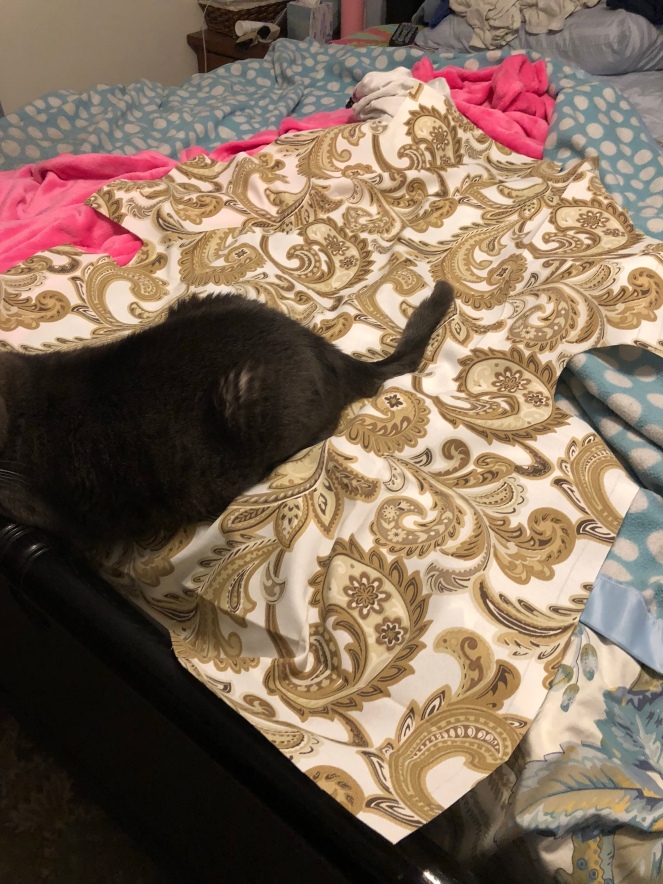 Finally succeeded in tracing out a rough pattern, Gracie of course had to assist.

Fit check went pretty well, I started to think I might have a chance. My main problem is that the old cover fit underneath, while the new one has to sit on top so the pattern will show. 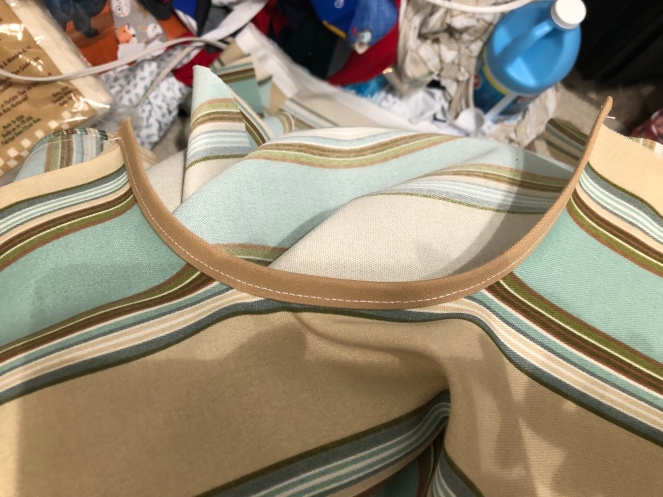 I managed to sew on the outdoor bias tape, which my sewing machine Hates without too much trouble. At first anyway…

The pockets for the top curve to fit into initially went smoothly. Until I realized that I hadn’t had the bias tape fully enclosing the whole pocket and had to rip it back. 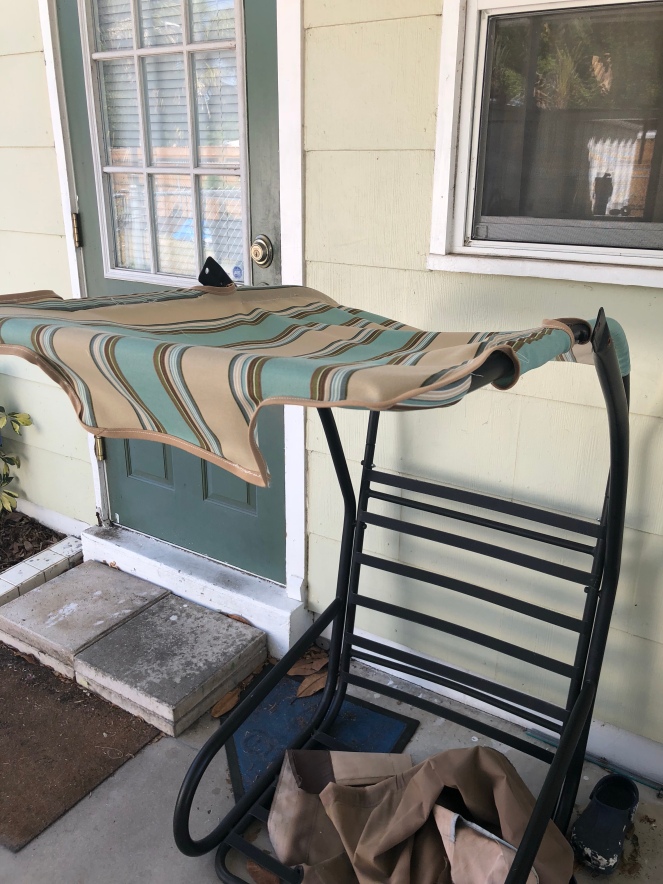 Then I realized that the front curves had missed the fabric also. So after they got ripped and re sewn I decided that the pockets for the top arms needed to be tighter. Seam ripping turned into cover ripping by accident and there doesn’t seem to be much of a way to repair them.

Now I have the pleasure of trying to reclaim some of my bias tape from what has turned into a train wreck. I believe it goes without saying that this particular project is now in time out until it can behave like civilized fabric.

And here I leave you, in a vain attempt to distract with Gracie’s cuteness. I should note that a few minutes after I took this she moved herself into the middle of my side of the bed and made herself comfy.